25 Giant Corporations That Paid Their CEOs More Than They Paid Uncle Sam.

The Arrow of Time

As of now, humans have detected only a small percentage of the matter in the universe, and we hypothesize that there is no ending point to the ‘arrow of time’. Considering these two widely accepted truths, I believe that all things truly are possible.

If time is endless- as it appears to be, every imaginable scenario will eventually happen. 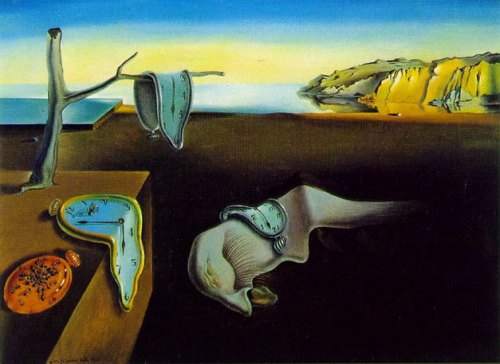 “In the beginning the Universe was created. This has made a lot of people very angry and been widely regarded as a bad move.”
― Douglas Adams

Shoveling America’s wealth to the top

As an old country saying puts it, “Money is like manure – it does no good unless you spread it around.”

Yet, America’s corporate and political leaders have intentionally been shoveling wealth into an ever-bigger pile for those at the top. They’ve gotten away with this by lying to the great majority, which has seen its share of America’s prosperity steadily disappear. Yes, they’ve told us, the rich are getting richer, but that’s just the natural workings of the new global economy, in which financial elites are rewarded for their exceptional talents, innovation, and bold risk-taking.

Horse dooties. The massive redistribution of America’s wealth from the many to the few is happening because the rich and their political puppets have rigged the system. Years of subsidized offshoring and downsizing, gutting labor rights, monkeywrenching the tax code, legalizing financial finagling, dismantling social programs, increasing the political dominance of corporate cash – these and other self-serving acts of the moneyed powers have created the conveyor belt that’s moving our wealth from the grassroots to the penthouses.

Not since the Gilded Age, which preceded and precipitated the Great Depression, have so few amassed so much of our nation’s riches. Having learned nothing from 1929’s devastating crash, nor from their own bank failures in 2008 that crushed our economy, the wealthiest of the wealthy fully intend to keep taking more for themselves at our expense.

Now, however, the people are onto their lies. In an October poll, two-thirds of Americans support increased taxes on millionaires, an end to corporate tax subsidies, and policies to more evenly distribute the wealth we all help create. This is rising egalitarianism shows the true American character, and it’s changing our politics – for the better.

The text of this card is printed below.  After some research, I believe Emery put the wrong year on this card. It should be 1945. ~ sekanblogger

What have you kids been doing all the time since I’ve been gone? Alice says that Leon kept the kids amused the other night by drawing them pictures. I hope you keep drawing alot as it will come in very useful in many ways later on. On the way here a boy on the ship drew a different scene nearly every day. How are you getting along in school? Tommorrow will make one month staying in a foxhole every night. I’ve only had my shoes off three nights and things have been plenty rough all the time. I hope you study hard in school and learn a profession so you won’t have to go through this. I have to put this Japanese card in an envelope as they won’t accept it otherwise.  Love, Emery

(for the official Marine report from Iwo Jima on March 18, see below.) Please notice the casualty count. (X marks the end of sentence)

This is only the 5th Div report, the 3rd and 4th Div were also at Iwo Jima.

END_OF_DOCUMENT_TOKEN_TO_BE_REPLACED

WARNING – If you’re easily offended, especially by “The F-word”, please skip this post.

Stairway To Heaven (for Hicks and Hillbillies)


By the end of 2011 the world will have reached 7 billion people. The United Nations Population Fund is leading an innovative global campaign to bring awareness to the opportunities and challenges that this milestone presents. But 7 Billion people means 7 Billion hearts. Music has always been the best way to speak to the hearts of the people. Playing for Change has partnered with the United Nations to present an original song around the world to serve as an anthem for such an important time, “United”.

We traveled across the globe, put headphones on musicians, added them to the track, and created a video that can serve as a tangible example of something positive we can all do together as a human race.

Lets inspire each other. Lets everybody get involved and join us on in this journey, so that together we leave this world better than we found it.

To learn more about how to be part of the “United” track go to: http://7BillionActions.org.

How to Achieve Transparency for the Supercommittee


Every campaign contribution to members of this powerful panel should be reported every single day.

Come December, the priorities and role of our government could be drastically and fundamentally altered. Are your views and concerns being heard?

The supercommittee created in the wake of the debt ceiling clash is comprised of 12 members of Congress tasked with cutting at least $1.2 trillion from the national debt by the end of the year. Whatever combination of savings and new taxes this panel devises will be fast-tracked to the floor of both chambers, without amendments, for an immediate vote. This is an unprecedented amount of power densely concentrated in the hands of a few.

The possibility of deep cuts across the federal budget sent a rallying cry to K Street, with one lobbyist forecasting a “Holy War” between the defense and health industries. It’s a battle amongst military contractors, health insurance companies, and other special interests buying lobbying time with the lawmakers and their senior staffers via campaign contributions. The special interests that have the supercommittee’s ears are very likely the same ones that contributed more than $28 million to the panel’s dozen members since 1989, according to the non-partisan Center for Responsive Politics.

Most Americans, lacking this moneyed leverage, are left in the dark. We won’t get a chance to tell those lawmakers what to cut and what to keep.

We also can’t find out who does have that access. Current disclosure rules are a roadblock to letting us know.

You see, the supercommittee’s members report their campaign finance activities like all other lawmakers. They must report how much money they’ve taken from special interests on a quarterly basis, and they never have to report whom they’ve met with. But the panel’s work is proceeding so quickly that if they follow the old rules for reporting their fundraising, we won’t know which interests pushed their agenda until they’ve already succeeded.

In today’s world of pay-to-play politics, expertly timed campaign contributions can open the right doors and provide access to a sympathetic ear. Campaign laws recognize the force of this cash, which is why contributions made within two weeks of an election are disclosed faster. Every member of Congress operates under these rules during an election year and knows that compliance is simple.

The supercommittee is in a similarly time-sensitive situation, where money can tip the balance of debate. While its members deliberate on crucial fiscal decisions, they should disclose campaign contributions in real time. Every contribution should be reported every single day.

Beyond the money are the meetings. Contacts between lobbyists and committee members or staff must all be disclosed online on a daily basis, including any written communications. The Obama administration already implemented these transparency requirements during the debate over the Recovery Act in 2009 and the Wall Street Reform and Consumer Protection Act that passed last year. It’s not difficult and it’s been done before.

These decisions are too important to be left in the backrooms of Capitol Hill. Lawmakers should be required to post their meetings with lobbyists every single day. Ultimately, the nation’s lobbying laws should be changed to require lobbyists to do the same for the sake of our democracy.