It appears that Parsons City Manager Fred Gress and Commissioner Greg York are pushing a code of conduct for our City Commissioners. This code seems to be aimed at new commissioner Frankie Barnett, since he is to our city what “Columbo” was to detective shows.

True or not, the appearance (to the public) is that Gress basically wants control over who Frank can speak with, and what the topics/questions are.  Since the other commissioners almost always vote in favor of whatever the City Manager proposes, and Mr. Barnett is often the only dissenting vote, it only stands to reason that certain portions of this proposal are intended to affect Barnett and his remarks regarding the issues at hand.

Love or hate Frankie, I believe there are NO inappropriate questions, as long as they pertain to city works and finances. We elected Frank to shine some light into the process so that we see where our tax dollars are going.

Here’s a sample that reads much differently than Fred and his allies propose. This sample certainly does not need a manager or mayor to filter questions to city staff.  http://www.battlecreekmi.gov/City_Government/Mayor_and_Commission/Code_of_Ethics.htm

I’m assuming you haven’t seen a copy of this proposal, so I have attached this below. There are other copies already around town, so some of you may have seen this.

I believe section 6 of the proposed rules is completely unacceptable. It basically says asking questions is inappropriate, unless Fred Gress says it’s appropriate.

From section 12, who will it be that makes the judgement call on what comments are “belligerent, personal, impertinent, slanderous, threatening, abusive or disparaging? Will Mr. Gress or Mr. York be making these decisions?

It is a well-known fact here in Parsons that Mr. Barnett has been attending public meetings and has often irritated Mr. Gress and other commissioners by simply asking that they enforce City regulations with a fair and even hand for all, while pointing out cases where inconsistencies exist. He has admittedly been an outspoken critic of the current City Manager and the city’s management in general. This past history practically insures that Frank Barnett has prejudice against him when someone claims he is making disparaging remarks.

We elected Frank to ask questions and get information. Especially when taxpayers feel inappropriate actions or spending is being done.  In essence, he was elected to be an outspoken critic. Not liking Frankie’s “tone and tenor” at a meeting is an emotional reaction, and not a good reason to create this over-reaching code of conduct.

If Frank speaks the truth, as he sees it, he will be in danger of being labeled belligerent and then being admonished publicly. Is that what this document is leading to, a public spanking for constantly asking tough questions?

Who would be a fair and impartial judge of what a disparaging (section 12) or “personal remark” is? Are we leaving it up to Gress and York to decide what’s appropriate and what’s not?……well THAT’S NOT APPROPRIATE!

Much of the document below is “standard boiler-plate” stuff and just common sense. I have no objections to those ordinary and customary requirements of code, they are quite acceptable and possibly should be accepted.

My questions are these: why wasn’t some of this boilerplate already in place years ago? If this was un-needed before, what has suddenly changed that we need to adopt these rules and give the City Manager these new controls and powers?

Some of this common sense stuff was needed in the past, especially for conflicts of interest when giving JOBS Inc. $24,000 that was ultimately wasted. The City Manager and a former City Commissioner (the Commissioner has since been voted out) who belong to that private group had a glaring conflict of interest then (see section 2). What has changed?

The bottom line is this; The document and the timing of it’s proposal just don’t pass the “smell test”. Does anyone else get that feeling? If so, or not….feel free to comment!

Sorry so small – please ZOOM IN.

Everyone in the world who claims to be a Rock N Roll fan should absolutely know who J.J. Cale is! You may already know a couple of his hit songs like “Cocaine”, “After Midnight” or “They Call Me The Breeze”.

Michele Bachman Tries To Identify With a Serial Killer. (via Beneath the Tin Foil Hat)

via Beneath the Tin Foil Hat

Reps. Ron Paul (R-TX) and Barney Frank (D-MA) introduced a bipartisan bill today that would remove the federal prohibition on marijuana. The bill would instead let states legalize, regulate and tax marijuana.

USA Today reports the bill is being championed by a legalization advocacy group: The Marijuana Policy Project. It cites a report released this month by the Global Commission on Drug Policy that slammed the decades-old war on drugs and called on governments to take a look at decriminalizing marijuana and other drugs.

The bill by Frank and Paul would “end state/federal conflicts over marijuana policy, re-prioritize federal resources and provide more room for states to do what is best for their own citizens,” the group says.

Politico says the legislation is modeled after the 21st Amendment to the Constitution, which repealed the federal prohibition on alcohol and handed that responsibility to the states. Quoting the Marijuana Policy Project, Politico reports it’s “the first bill ever introduced in Congress to end federal marijuana prohibition.”

Frank said “he’s not advocating marijuana use, but believes that criminal prosecution is a waste of resources and an intrusion on personal freedom.”

What’s That Smell? (via Still Skeptical After All These Years)

Am I the only one who finds our system of justice sometimes strange and inconsistent?  My attention was caught by a short item in Wednesday's USA Today (6/22/2011, p. B1).  It reported that, The CEO of what had been one of the nation's largest privately held mortgage lenders was sentenced to more than three years in prison for his role in … Read More

via Still Skeptical After All These Years

Thanks Victor (The Glenn Beck Review) for the link to this. 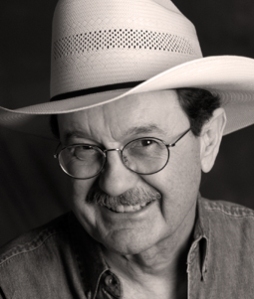 David Koch, the right-wing multibillionaire, likes to pose as a class act. He’s thrown around several million bucks, for example, to get a wing of Manhattan’s Lincoln Center named for him and to buy a seat on the board of WGBH, Boston’s prestigious public television station.

These purchases make nice wallpaper for him, but they can’t cover up the ugliness at the core of Koch’s heart. He has poured a fortune (and his very soul) into the creation of dozens’ of political attack groups and corporate fronts to advance his self-serving, plutocratic vision of America. Far from a class act, the Koch operation is as crass as they come.

One of the crudest arms of his vast and secretive political network is called Americans for Prosperity. It runs all sorts of astroturf campaigns to knock down the prosperity of working families and lift up the power and prosperity of corporate elites – like the Kochs.

AFP’s Michigan branch recently showed what it’s made of in a campaign to kill funding for a new international bridge between Detroit and Canada. Building this bridge would create jobs and ease traffic snarls, but it would compete with a corporate-owned toll bridge – and the Koch’s virulently oppose all things public.

To stir-up public opposition, AFP went into a hard-hit Detroit neighborhood and plastered people’s homes with official looking flyers that declared in bold type: “Eviction Notice.” The bogus flyers told homeowners that the state transportation agency was prepared to seize their homes to make way for the new bridge. “It was meant to startle people,” said AFP’s clueless and classless state director, who was perversely proud of the panic his lie had caused in this distressed community.

Such sensitivity is what has made the Koch name a cussword all across America.

“The Koch Brothers’ attack operation is all class,” www.alternet.org, June 8, 2011

Grandpa Was A Carpenter

Yes, the debt is a problem. Rewarding bankers and wealthy folks won’t help, been there and still going there. Bankers aren’t lending, and the rich are not bothering with messy stuff like manufacturing and construction. Letting corporations spend wildly on campaigns won’t help. Every dime the Koch brothers ever made won’t help. Lobbyists won’t help. Palin and Bachmann mania damned sure won’t help.

What will help? Good, old-fashioned socialism. I believe that we should have something like the W.P.A., just like during the 1930’s.
When we have millions of willing and able people looking for ANY kind of work, along with crumbling infrastructure. There is no excuse to not spend some money. Until these folks get jobs, and those already working achieve enough income equality to have any cash for “extras”. You remember “extras”?; vacations, an occasional night out, good cuts of red meat, Ah, the good ol’ days, way back when Slick Willy was the prez…..(it’s still the economy, stupid).
And what ever happened to “green energy” and mass transportation projects? These things need, nay must, happen soon. Perfect for what the USA needs now.

PUT PEOPLE TO WORK. The private employers aren’t hiring, that’s a fact. Let the government help get us off our asses and into work. ~sekanblogger

It’s time for another Gooberhead Award – presented periodically to those in the news who have their tongues running 100-miles-an-hour, but forgot to put their brains in gear.

Today, I’ve got two goobers from last year’s tea bag uprising, both of whom got elected by promising to bring common sense to Congress and take government back from the special interests. Goober Number One is Arizona’s Ben Quayle, the son of Dan – and truly a flake off the old block. Ben has proven to be a stand up guy – not for the folks, but for Big Oil. While voting to slash government programs to help the elderly and the poor, he has voted not once but twice to keep giving $2 billion in annual tax subsidies to the five richest oil corporations.

In a town hall meeting back home, a feisty lady asked him, “Why?” Ben essentially called her ignorant, insisting that Big Oil was merely getting the same tax deductions that all corporations get – “It’s not specific to the oil industry,” he said. To which the audience burst out laughing. They were right to guffaw, for tax giveaways called “Intangible Drilling Costs” and “Enhanced Oil Recovery Costs” are obviously specific to that industry. Is Ben lying… or just a goober?

Our second awardee is Sean Duffy of Wisconsin, who campaigned as a regular guy. But asked at a town hall gathering whether he’d vote to cut congressional pay as a symbolic stand with his hard hit constituents, Sean fell into a paroxysm of self-pity. I have “more debt than all of you,” he wailed. Adding that he can’t even buy a new car on his $174,000-a-year paycheck, and Duffy also complained about Congress’s health and pension plans – most of which are paid for by us taxpayers.

Sean, if it’s such a burden being a congress critter, quit – and join the real world. What a goober!