Dock Ellis and the LSD NO-NO!

[NY Times December 21, 2008]   Dock Ellis, a leading pitcher for pennant-winning teams with the Pittsburgh Pirates and the Yankees despite a long addiction to drugs and alcohol, died Friday in Los Angeles. He was 63.

The cause was liver disease, his wife, Hjordis, told The Associated Press.

Ellis won 138 games in his career and was the National League’s starting pitcher in the 1971 All-Star Game. After 12 years in the major leagues, he spent many years as a substance-abuse counselor. But he was remembered mostly for bizarre episodes on and off the field.

In his 1976 biography, “Dock Ellis in the Country of Baseball,” Donald Hall, later the poet laureate of the United States, wrote that Ellis had been drinking before he pitched a no-hitter against the Padres in San Diego in May 1970. But in his epilogue to the paperback edition, published in 1989, Hall wrote that Ellis had told him he was actually using LSD before the game, not realizing that he would be pitching the opener of a doubleheader, and had washed away the effects with amphetamines.

“Doc was high not on vodka, but on acid,” Hall wrote in that epilogue. “He told me the story while he was still working for the Pirates.”

When the book was about to be published in 1976, Ellis was with the Yankees and, fearing the reaction of their owner, George Steinbrenner, did not want that LSD admission to be made public, Hall wrote.

Just before the 1971 All-Star Game, Ellis said that the Cincinnati Reds’ Sparky Anderson, the N.L. manager, would not name him as the league’s starting pitcher because the Oakland A’s Vida Blue would be the starter for the American League and “they wouldn’t pitch two brothers against each other.” Anderson did start Ellis, who gave up a mammoth home run to Oakland’s Reggie Jackson.

In the Ellis biography, Hall wrote that reporters had criticized Ellis for inflaming racial issues, but that it was only a ploy.

“The only way I could start was to say they wouldn’t start me because I was black,” Hall quoted Ellis as telling him. “I call it child psychology. I said they wouldn’t do it, so they had to.”

In May 1972, a Reds security guard sprayed Ellis with Mace after refusing him admission to the ballpark, unsure that he was actually a ballplayer. The Reds later apologized. In a May 1974 game, Ellis hit the first three Cincinnati batters to face him and said later that he did so because the Reds had made disrespectful remarks about the Pirates after defeating them in the postseason two years earlier.

During the 1973 season, Ellis wore hair curlers for a time during pregame drills, supposedly to keep the back of his hairdo straight, allowing sweat to drip down, enabling him to use the moisture for spitballs.

Dock Phillip Ellis Jr. was born in Los Angeles, where his father owned small businesses. His father had been named Dock because his own father wanted him to become a physician. (Somehow a “k” was added to Doc.)

Ellis, a right-hander, had a 19-9 record for the 1971 Pirates, who defeated the Baltimore Orioles in the World Series, and he was 17-8 for the 1976 Yankees team that was beaten by the Reds in the Series. He also pitched for Oakland, the Mets and the Texas Rangers, and retired after the 1979 season with a record of 138-119.

Ellis told The Los Angeles Times in 1985 that he began using drugs as a teenager, started to have alcohol problems while in the minor leagues, and “never pitched a game in the major leagues I wasn’t high.”

He entered a substance-abuse treatment center in Arizona after leaving baseball and worked after that as a drug and alcohol counselor in California. The Yankees hired him in the 1980s to speak about substance abuse to their minor leaguers.

In addition to his wife, Ellis had a stepdaughter, Jasmine Ellis, according to The Victorville Daily Press of California.

In recounting his career as a counselor, Ellis told The St. Petersburg Times in 1989 that “education is the only way.”

Out of Auschwitz by Samuel Pisar

SIXTY-FIVE years ago this week, the Soviets liberated Auschwitz, while the Americans were approaching Dachau. For a survivor of these two infernos to still be alive and well, with a new family that has resurrected for me the one I had lost, seems almost unreal. When I entered Adolf Eichmann and Josef Mengele’s gruesome universe at the age of 13, I measured my life expectancy in days, weeks at the most.

Russia was devastated. Britain had its back against the wall. And America? It was so far away, so divided. How could it be expected to save civilization from the seemingly invincible forces of darkness?

It took a long time for the news of the American-led invasion of Normandy to slip into Auschwitz. There were also rumors that the Red Army was advancing quickly on the eastern front. With the ground shrinking under their feet, the Nazis were becoming palpably nervous. The gas chambers spewed fire and smoke as never before.

One gray, frosty morning, our guards ordered those of us still capable of slave labor to line up and marched us out of the camp. We were to be shunted westward, from Poland into Germany. I was beside myself with excitement — and dread. Salvation somehow seemed closer — yet we also knew that we could be killed at any moment. The goal was to hang on a little longer. I was almost 16 now, and I wanted to live.

We marched from camp to camp, day and night, until we and our torturers began to hear distant explosions that sounded like artillery fire. One afternoon we were strafed by a squadron of Allied fighter planes that mistook our column for Wehrmacht troops. As the Germans hit the dirt, their machine guns blazing in all directions, someone near me yelled, “Run for it!” I kicked off my wooden clogs and sprinted into the forest. There I hid, hungry and cold, for weeks, until I was discovered by a group of American soldiers. The boys who brought me life were not much older than I. They fed me, clothed me, made me a mascot of their regiment and gave me my first real taste of freedom.

Today, the last living survivors of the Holocaust are disappearing one by one. Soon, history will speak about Auschwitz with the impersonal voice of researchers and novelists at best, and at worst in the malevolent register of revisionists and falsifiers who call the Nazi Final Solution a myth. This process has already begun.

And it is why those of us who survived have a duty to transmit to humankind the memory of what we endured in body and soul, to tell our children that the fanaticism and violence that nearly destroyed our universe have the power to enflame theirs, too. The fury of the Haitian earthquake, which has taken more than 200,000 lives, teaches us how cruel nature can be to man. The Holocaust, which destroyed a people, teaches us that nature, even in its cruelest moments, is benign in comparison with man when he loses his moral compass and his reason.

After so much death, a groundswell of compassion and solidarity for victims — all victims, whether from natural disasters, racial hatred, religious intolerance or terrorism — occasionally manifests itself, as it has in recent days.

These actions stand in contrast to those moments when we have failed to act; they remind us, on this dark anniversary, of how often we remain divided and confused, how in the face of horror we hesitate, vacillate, like sleepwalkers at the edge of the abyss. Of course, they remind us, too, that we have managed to stave off the irrevocable; that our chances for living in harmony are, thankfully, still intact.

Samuel Pisar, a lawyer, is the author of “Of Blood and Hope.”

Sunday just brings out the Hillbilly in me. Nothing more American than bluegrass gospel.

Be sure to come see The Ozark Alliance at Katy Days this year! 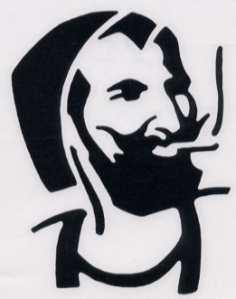 Okay, you can blame THE FRIGGIN LOON for this one!

Not sure why I rate a mention here, other than quoting the song over at

Then again, I am so cool that the Zig-Zag man has a tattoo of ME.

Neil Young and Jimmy Fallon must have gotten the same tattoo of me!

CHILDREN and GARAGE BANDS, do not attempt this.

(WARNING: not for country music fans)

This should only done by serious professionals who have SOUL.

The last time white people attempted this in the wrong setting, they self-destructed!

Sunday Music ~ Lean On Me

While this video may not be musically the best, it touches my heart.

A HAT TIP to Sing a Simple Song, for today’s inspiration!

END_OF_DOCUMENT_TOKEN_TO_BE_REPLACED

Some Things Will never Change

In the fullness of our lifetimes, the emptiness of goals,
We will strive to make perfection, we’ll run aground on many shoals
some will try to be conformist, others find out what is strange
but in the order of this chaos, some things will never change

‘Tween sea and sky we spend our time, all cycles writ in stone,
from birth to death we play our roles, carried through with flesh and bone,
while some stay put and never move, now others roam the range,
but in the order of this chaos, some things will never change

Through the wonders of perception, we question time and space,
we grapple with the issues, but never that of grace,
in seeking God we kill ourelves, I find this so deranged,
but in the order of this chaos, some things will never change

He said the times are changing, twas but a superficial act,
the face of man will never shift, so violent his pact,
yet born to love and knowing this, he chooses to estrange,
but in the order of this chaos, some things will never change

Of being human cast aside, we look into our face,
reflections in our mirrored souls, our final resting place,
we must believe in tolerance, and somehow to arrange,
that in the order of this chaos, some things will never change

The cry of birth, the rise of sun, the waning of the moon,
the pass of breath, the still of death, will come to all too soon,
but life imparts a strength of force, which we cannot explain,
but in the order of this chaos, some things will never change

The stars innate defiance, of distances untold,
of life to be discovered, of love to yet unfold,
the myriad millenia will pass like tears in rain,
but in the order of this chaos, some things will never change.